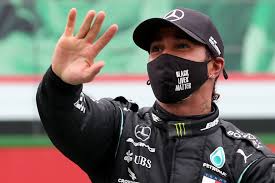 “In accordance with COVID-19 protocols and public health authority guidelines in Bahrain he (Hamilton) is now isolating,” said an FIA statement. “The procedures set out by the FIA and Formula 1 will ensure no wider impact on this weekend’s event.”

Hamilton who on Sunday won the Bahrain Grand Prix, the first of back-to-back races in the Gulf state, has already secured a record-equalling seventh world championship this season.

Hamilton is in isolation in accordance with the health protocols in Bahrain.

Apart from mild symptoms, he is otherwise fit and well, and the entire team sends him its very best wishes for a swift recovery, the team statement said.

There is another race in Bahrain next Sunday on Sakhirs shorter outer circuit before the 17-race season concludes in Abu Dhabi.