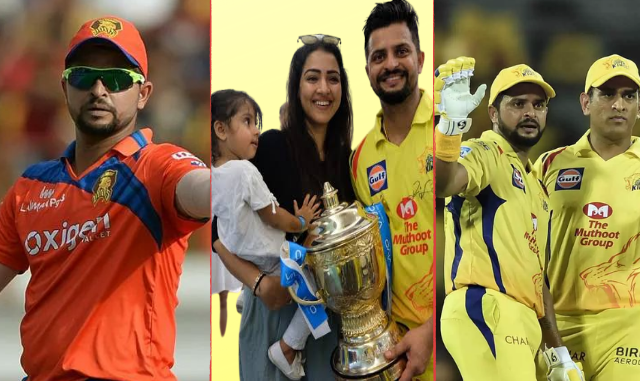 Bengaluru: For the first time in the Indian Premier League (IPL) Mr IPL Suresh Raina will be in the auction pool.

He was picked by the franchise in the first-ever IPL auction and since then, he has become one of the faces of the Chennai Super Kings.

Meanwhile, the eyes of Titans are on Suresh Raina in the mega auction to be held on February 12 and 13. According to media reports, the Ahmedabad team wants to buy Raina in the auction so that if Pandya is not fit for the captaincy, then Raina can be made the captain of the team.

Ahmedabad Titans have decided to hand over the captaincy to Pandya in their season of the league.

However, Pandya has been out of Team India due to injury for some time and in such a situation, if he does not play even in the 15th season of the league, then troubles can arise for the Titans. However, the franchisee has already chosen the idea of ​​solving this problem before that.

The last time Raina played for any other IPL franchise was in 2016 and 2017 when CSK got banned. He represented and captained the Gujarat Lions for two seasons and came back to CSK in 2018 when he got retained by the franchise alongside MS Dhoni and Ravindra Jadeja.

Raina is not playing any cricket at the moment and IPL is the only tournament that he plays as he has already announced his retirement from international cricket.

He has been a household name in Chennai and he has gradually earned that respect while playing for the city. Hence, releasing him was a big decision by the franchise.

The IPL 2022 mega auction is set to take place in Bengaluru on February 12 and 13. Raina has been one of the most successful batters in the history of the league and is on number four in the list of leading run-scorers in the league, behind Virat Kohli, Shikhar Dhawan, and Rohit Sharma. He has played 205 IPL games and has scored 5528 runs in those games at an average of 32.52.

Chennai Super Kings is the one franchise that believes in backing players even if they underperform. Raina has played many match-winning knocks and won many games for CSK in the IPL. But, his performances have not been up to the standards in the last two seasons.