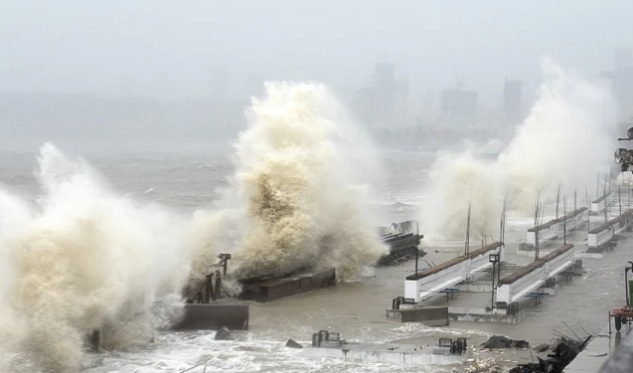 It crossed the Gujarat coast as an “extremely severe cyclonic storm” and gradually weakened.

On Tuesday morning, it lay over the Saurashtra region near Amreli as a “very severe cyclonic storm,” the IMD said.

The wind intensity reduced to 115-125 kmph gusting to 135 kmph, as the cyclone lay 10 km south of Amreli and around 95 km north-northeast of Diu, it added.

It was likely to move further north-north eastwards and gradually weaken into a “severe cyclonic storm” during the next three hours, the IMD said.

“Due to the cyclone, most places of Gujarat and Saurashtra meteorological regions of the state are likely to receive light to moderate rainfall on Tuesday, with heavy to very rainfall and extremely heavy rainfall in isolated places in these areas,” it said.

The wind speed is likely to decrease during the day, it said, adding that “astronomical high” tidal waves would continue to inundate the area, it said.