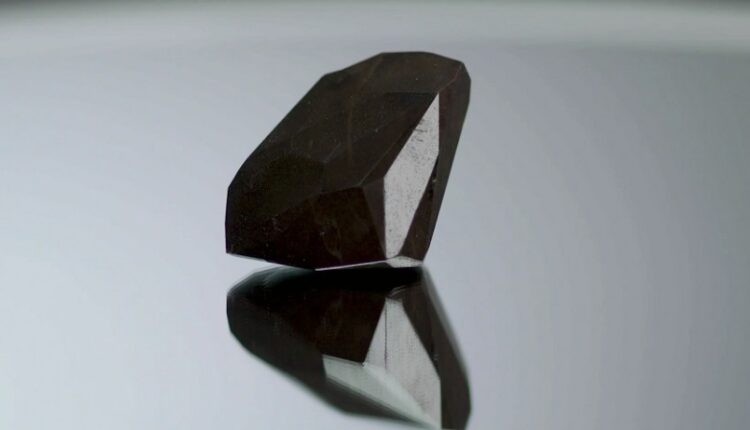 Extremely Rare 555.55-Carat Black Diamond, ‘The Enigma’, To Be Auctioned

Dubai: An extremely rare 555.55-carat diamond, believed to have been created in space, is headed to be auctioned off in February in London.

“The Enigma,” a massive black diamond is going to auction through Sotheby’s and is believed to be created either from a meteoric impact or from a diamond-bearing asteroid that collided with Earth.

Sotheby’s expects the diamond to be sold for at least 5 million British pounds (USD 6.8 million). The auction house plans to accept cryptocurrency as a possible payment as well.

Carbonado, or black diamonds, are believed to date back from 2.6 to 3.8 billion years ago, according to Sotheby’s. They are one of the hardest materials known to man and extremely difficult to cut and polish, thus making this diamond even more unique.