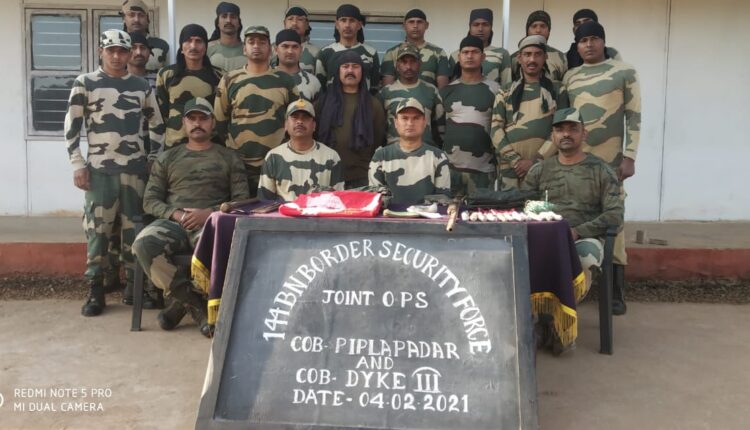 Malkangiri: The personnel of Border Security Force (BSF) have unearthed an explosives dump, which are suspected to have been stored by Maoist, in Piplapadar forest under Swabhiman Anchal of Malkangiri district on Thursday.

According to reports, the red rebels had hidden the explosives in an HDPE container which was kept in an underground bunker inside the deep forest.

Security forces suspect that the explosives materials were hidden in the underground bunker by the Andhra-Odisha Border (AOB) division of CPI (M).

Following the seizure, combing operation has been intensified in the forest area to trace the presence of active Maoist cadres. It is being ascertained that the insurgents were planning a big attack on security personnel conducting search operation in Piplapadar forest.