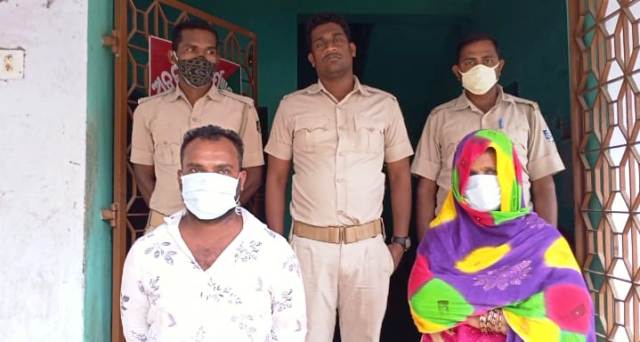 Banki: The Excise sleuths have arrested two bootleggers and seized 140 litres of country liquor from different places in Banki block in Cuttack district on Saturday.

The arrested duo are identified as Mumtaz Bibi(45) and Papina Bhoi(28). While Mumtaz belong to Ragadi Papina hail from Bauri Sahi.

Excise sources said a joint raid was conducted by Athagarh and Cuttack mobile staff under the direction of  Excise SP Dr Santanu Kumar Das. The raids are being conducted for a couple of days.

Official sources said Cuttack District Collector Bhabani Shankar Chaini and Excise SP Dr Das had directed the team to crackdown on the bootleggers in Banki area as there are reports that illegal liquor trade has been flourishing since long.