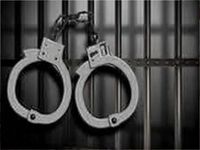 Bulandshahr: The excise inspector had taken Rs 3 lakh bribe to release smugglers who were involved in Bulandshahr hooch tragedy.

The shocking revelations came during interrogation of the excise official and two other police constables who were rounded up for taking bribes in connection with the hooch tragedy in Jeetgarhi village, Sikandrabad in Bulandshahr district.

Worthwhile to mention that six people were killed after consuming spurious liquor in Jeetgarhi village. Excise Commissioner has suspended the three accused and ordered a through probe into their involvement in the hooch tragedy.