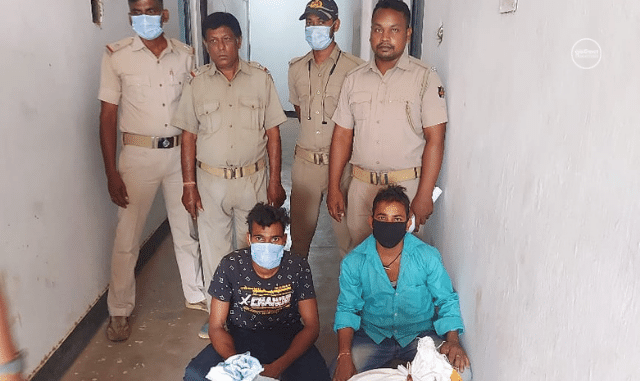 Khordha: The Khordha Excise Police Saturday carried out raids at two places and seized cannabis worth Rs 1.38 lakhs with the arrest of two smugglers.

According to reports, the Excise personnel caught Ashok Rana, (25), near Khordha bus stand under Town Police Station, and seized 14 kg of cannabis stashed in gunny bags, while 12.4 kg of cannabis were seized from Illias Deepa (22), near Ugratara Chowk under Nirakarpur Police Station limits in this district.

Both the accused are from Dangarikia village under Phiringia police station in Kandhamal district. A total of 26.7 kgs of cannabis estimated to be worth around Rs 1.38 lakh was seized from them, the police said.

Two separate cases have been registered in this regard and both the accused persons have been forwarded to the court today, said Excise Officer Bhairaba Sahoo.