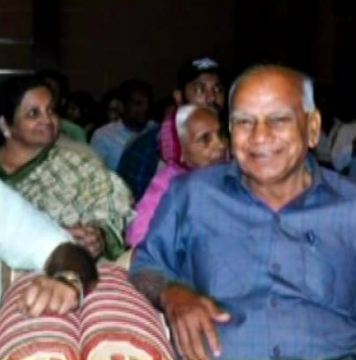 Jharsuguda: In a shocking incident, the former Vice-Chancellor (VC) of Sambalpur University Prof. Dhrubaraj Naik was killed in an attack by a miscreant at Jharsuguda on Sunday.

As per the latest developments, the accused assailant has been identified as Prabin Dharua. The accused has also been arrested by the police after questioning.

Reportedly, the miscreant attacked Naik with the axe after barging into the latter’s residence in an intoxicated state and demanding Rs 100.

Naik, who sustained critical injuries in the attack by the miscreant, was immediately rushed to a private hospital in the district where he was declared brought dead by doctors.