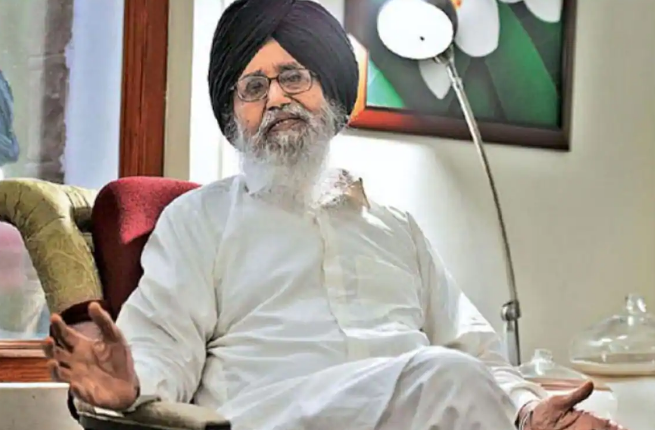 Chandigarh: Former Punjab Chief Minister and veteran Akali Dal leader Parkash Singh Badal returned his Padma Vibhushan Award to protest “the betrayal of the farmers by the government of India”.

He returned his Padma Bibhushan award — the second-highest civilian honour of the country – that he received from the government in 2015.

In a letter to the President, he said that he is returning the award in protest against the betrayal of the farmers by the government and against the shocking indifference and contempt with which the government is treating the ongoing democratic agitation against the Farm Acts.

Badal, whose Shiromani Akali Dal has pulled out of the NDA alliance over the farmers’ protest, said he was registering his protest against the government’s “betrayal of farmers”.

Night Temperatures Drop In Odisha, Mercury Plummets To Below 15 Degrees In 17 Cities