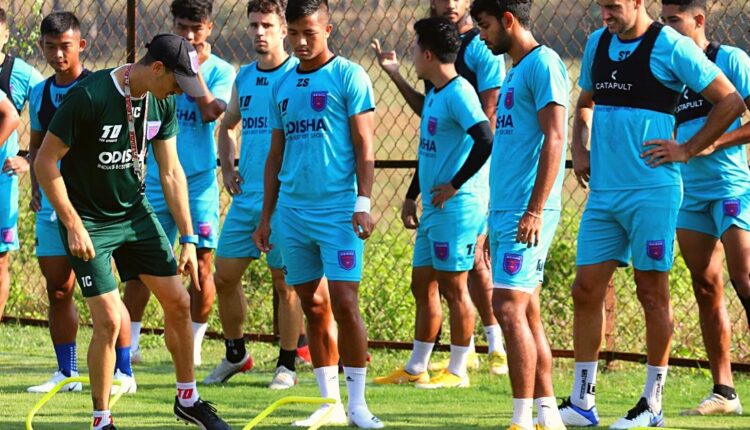 Bhubaneswar: Odisha FC Head Coach Stuart Baxter has stated that every game in the ongoing seventh season of the Hero Indian Super League (ISL) is very competitive. The OFC gaffer and winger Jerry Mawihmingthanga attended the pre-match press conference today ahead of the next game against Kerala Blasters on Thursday.

“I think it’s gonna be a tight game, it’s gonna be a competitive game. Our boys are certainly not going into any game over confident but I just want to go into this game knowing that we can win this game.”

The experienced gaffer also spoke about the challenges the team is facing and why it is important for them to have the self-belief in a long and competitive tournament like the ISL.

“The biggest issue that we have at the moment is despite playing quite well in most games, we are not turning that into results and that is the critical phases of the game. Despite playing reasonably well in most games though. I would like to say that in some of them we dominated at times. Those not been translated into victories. That can damage your belief that can damage your confidence. Those are the things that we have been speaking about,” the former Finland and South Africa coach explained.

“The first thing that has to happen is that the players do not lose belief. We are trying to retain that. The tweaks that we need to do, we are aware of them and we are working on them and that’s why I think we are improving. Once the tide turns, when the momentum changes I think we can come very very stronger. The players’ belief has to be stronger than the negativity,” he further added.