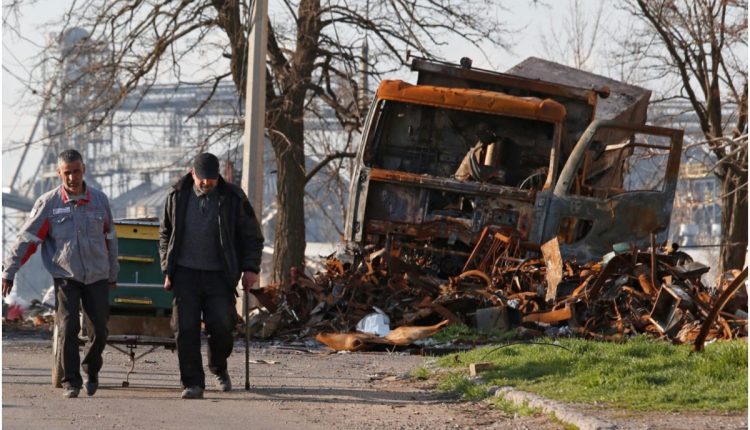 Mariupol: Dozens of civilians have been evacuated from Mariupol to both Russia-controlled and Ukraine-controlled territory after weeks under siege.

Some have left the Azovstal steelworks, the last hold-out of Ukrainian troops in the strategically significant city.

Russia said dozens of civilians have arrived in a village it controls.

Ukrainian President Volodymyr Zelensky said a large group is also on its way to Zaporizhzhia, which Ukraine maintains control of.

Mariupol, a strategic port city on the Azov Sea, has endured the most destructive siege of the war, with Pope Francis, in an implicit criticism of Russia, telling thousands of people in St Peter’s Square on Sunday it had been “barbarously bombarded”.

Evacuation of civilians from Azovstal began. The 1st group of about 100 people is already heading to the controlled area. Tomorrow we’ll meet them in Zaporizhzhia. Grateful to our team! Now they, together with #UN, are working on the evacuation of other civilians from the plant.