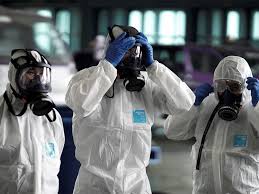 London: Flights coming from UK have been banned by European countries after a potent new strain of the coronavirus seemed to be “out of control”.

The Netherlands banned all UK passenger flights on Sunday and a German government source said Berlin, too, was considering a similar move.

The Dutch ban came into effect from 6:00 am (0500 GMT) and will last until January 1. The neighbouring Belgium also said it was suspending flight and train arrivals from Britain from midnight.

The moves come as around a third of England’s population entered a Christmas lockdown and UK Health Secretary Matt Hancock warned that the new strain of the virus was “out of control”.

Prime Minister Boris Johnson said the day before that million of Britons would have to cancel their Christmas plans and stay home because the new strain was spreading far more quickly.