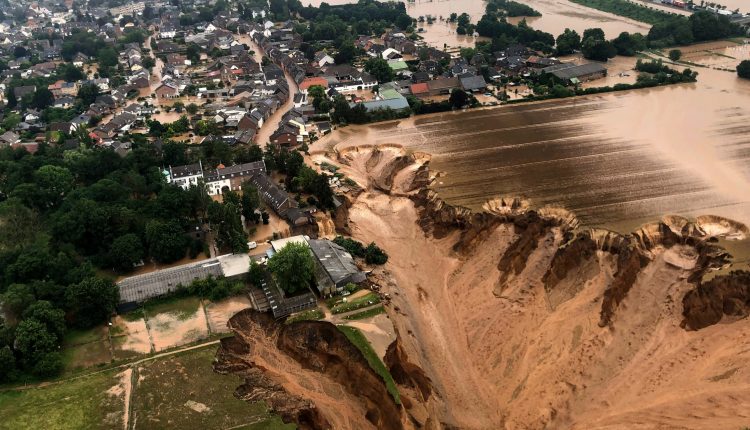 Germany: The death toll from devastating floods has risen to 156 in Germany, police said Sunday morning, bringing the total to at least 183 fatalities from the disaster in western Europe.

In Rhineland-Palatinate state alone, one of the worst-hit regions in western Germany, police reported 110 dead, up from 98 previously.

Similarly, the death toll in devastating flooding in western Germany and Belgium rose to at least 170 on Saturday after burst rivers and flash floods this week collapsed houses and ripped up roads and power lines.

Immediately after the floods hit on Wednesday and Thursday, German authorities listed large numbers of people as missing — something apparently caused in large part by confusion, multiple reporting and communications difficulties in the affected areas, some of which lacked electricity and telephone service.

Meanwhile, the receding floodwaters eased access across much of the affected regions and revealed the extent of the damage.