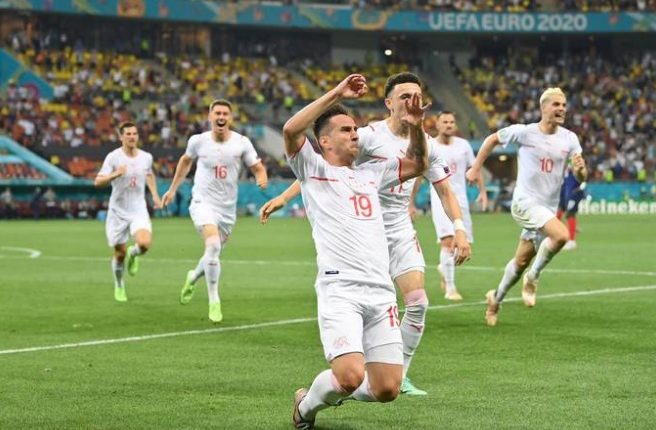 London: Switzerland will face Spain in the quarterfinal of Euro 2020. It was Switzerland’s first knockout stage victory at a tournament since 1938 and the first time it has made the last-eight since the 1954 World Cup which it hosted.

Spain’s thrilling 5-3 extra-time win in the last-16 at Euro 2020 on Monday began as a nightmare for goalkeeper Unai Simon with a blunder that gifted Croatia a goal but ended in a dream finish as his point-blank save in extra time proved key to victory.

Spain looked in control when Simon failed to control Pedri’s back pass in the 20th minute and watched helplessly as the ball bounced over his foot into the net to put Croatia 1-0 ahead. It was scored from 49 yards, the longest own-goal ever seen at a European Championship and the first from outside the box.