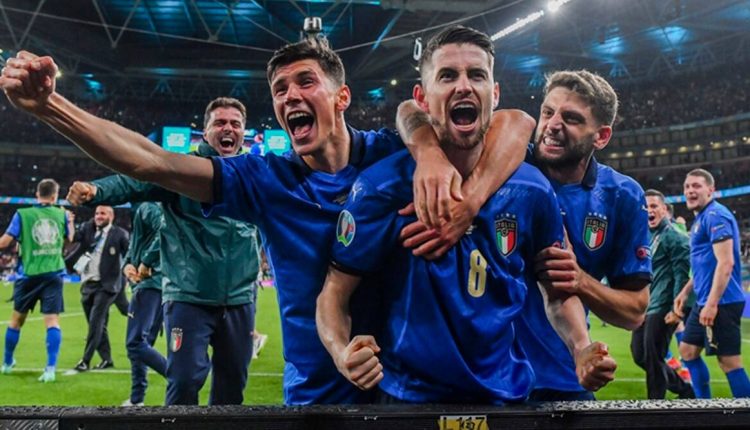 Wembley: Italy beat Spain 4-2 on penalties after a 1-1 draw in a magnificent Euro 2020 semi-final at Wembley on Tuesday.

Jorginho converted the decisive penalty kick to give Italy a 4-2 shootout win over Spain and book a spot in the European Championship final.

The midfielder took a trademark hop at the end of his runup before rolling the ball into the bottom corner.

The match had finished 1-1 through extra time. Federico Chiesa scored for Italy with a curling shot in the 60th minute but Alvaro Morata equalised for Spain in the 80th. Morata missed the next-to-last kick in the shootout, giving Jorginho the chance to win it. Italy will be back at Wembley Stadium for the final on Sunday against either England or Denmark.

Italy, who will play either England or Denmark in Sunday’s final at Wembley in their first showpiece since being thrashed 4-0 by Spain in Euro 2012, are looking to win the tournament for the first time since 1968.