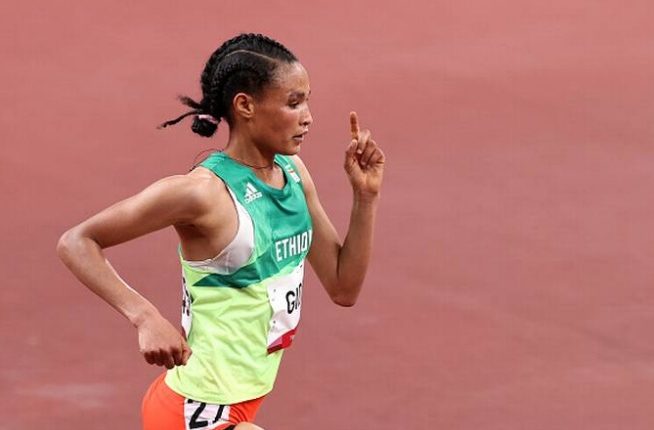 Valencia: Letesenbet Gidey of Ethiopia smashed the women’s half marathon world record on Sunday after finishing it in one hour, two minutes and 52 seconds at the Valencia Half Marathon Trinidad Alfonso EDP.

She crosses the @MedioMaratonVLC finish line in 1:02:52 👏

In the men’s race, Kenya’s Abel Kipchumba made a late charge to win in 58:07 minutes, moving him to sixth on the world all-time list. Kenyan Rhonex Kipruto was second with 58:09 and Daniel Mateiko was third with 58:26.

PM Modi To Inaugurate 9 Medical Colleges In UP Tomorrow