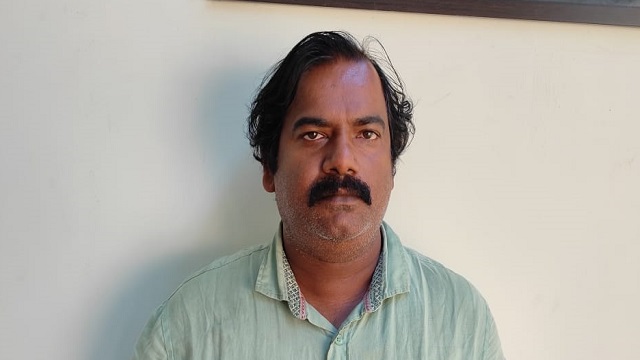 EOW Arrests Fraudster For Cheating Of Rs 1.16 Crores In Bhubaneswar

Bhubaneswar: The Economic Offence Wing (EOW) of Odisha Crime Branch on Friday arrested the director of a real estate firm for allegedly duping around Rs 1.16 crore from several people on the pretext of providing flats at Sijua in Bhubaneswar.

The builder has been identified as Amaresh Sadangi of Fategarh area of Nayagarh district.

Reportedly, a complaint had been filed by one Jyoti Shankar Panda against Amaresh and three others on the allegation of cheating to the tune of Rs. 1,15,82,550/- to the complainant and many others on the pretext of providing flats in their project “Basera Fresco” at Sijua in Bhubaneswar.

Based on the complaint, police started an investigation over the matter and came to know that Amaresh has duped crores of money through this project.

Many incriminating documents relating to the fraud and also some forged documents have been seized from the office of the accused.

A case was filed against the accused under sections 420/ 406/467/468/471/120- B of Indian Penal Code (IPC) r.w Sec 6 of Odisha Protection of Interests of Depositors (OPID) Act. The accused will be produced before the Designated Court under OPID Act, Cuttack today.