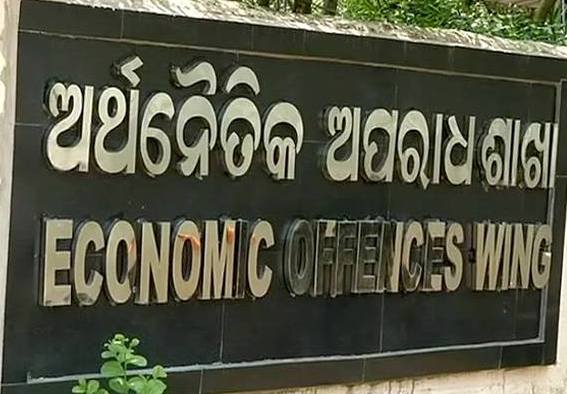 Bhubaneswar: The Economic Offences Wing (EOW) of Odisha police has arrested an accused, Himanshu Bhandari on Sunday for cheating Rs 2.35 crore from a businessman.

The accused identified as Himanshu Bhandari cheated the money by impersonating a senior RBI official.

According to EOW officials, the arrest was made against a case registered on the basis of a complaint filed by Pramod Kumar Rout, a businessman of Joda in the mineral-rich Keonjhar district of Odisha.

The case against Bhandari was registered on the basis of a complaint filed by Rout on the allegation of cheating to him to the tune of more than Rs 2.35 in the guise of paying him Rs 3 cores from the Govt. of India, under Pradhan Mantri Rahat Kosh Yojana against his Insurance policy with Max New York Life, using the forged and manipulated documents.

During the investigation, the EOW found that Rout is holding one policy in Max New York Life Insurance Company since March 2012. He got a call in October 2019 from a person who introduced himself as A.K. Walia, Fund Releasing Head, Ministry of Finance posted at Hyderabad.

The caller informed that the complainant’s insurance policy has been selected under Pradhan Mantri Rahat Kosh Yojana and that the Government of India will release an amount of Rs 3 crore in his account, the officials said.

As he remained silent for some days, Rout received several letters, communications and calls from the fraudsters, who impersonated senior government officials and persuaded the complainant to transfer cash through RTGS and bank accounts.

Good To Be Out In Good Facility As New Faces In CSK Squad: Stephen Fleming