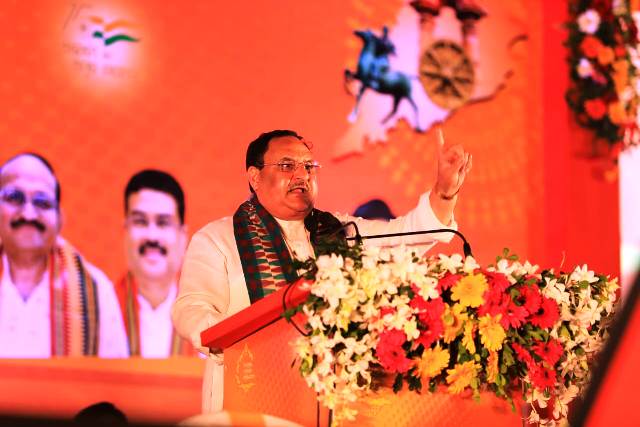 Bhubaneswar: Launching a scathing attack on the BJD-led Odisha Government for rebranding central schemes to its own, BJP president JP Nadda called upon party workers to ensure a “BJD mukt” State.

“If you sincerely want to see a developed state, you have to do the hard work and make the Odisha BJD mukt,” Nadda said at a meeting of leading BJP organizations.

“To ensure a developed India, we need to expand all the states, including Odisha. And for the overall development of Odisha, the state must get rid of BJD, ”said the president of BJP, with thunderous applause from the audience.

Nadda, who has been on a two-day visit to Odisha since Thursday, accused the BJD government of kidnapping Pradhan Mantri Awas Yojan and renaming him his own Biju Pucca Ghar Yojana.

“Modi ji makes homes easier for the poor and needy, while BJD takes the credit,” he said, and asked the front organizations to make people aware of it.

He also alleged that the Center has sanctioned Rupee 15,490 crore under MGNREGA in Odisha, but that fraudulent bills are being issued for the purpose of misappropriating the funds.