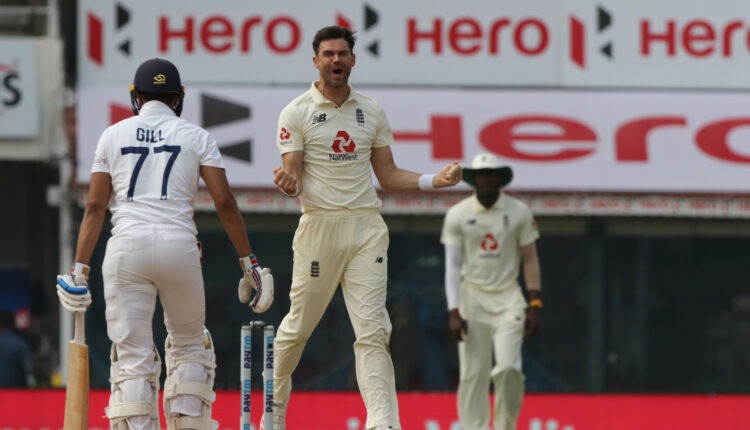 Chennai: Jack Leach and James Anderson helped England to clinch a huge win against India on Day 5 of the first Test match, at the MA Chidambaram Stadium in Chennai.

With the emphatic 227-run victory, England took a 1-0 lead in the 4-test series.

Resuming on the overnight score of 39\1, India lost its top batting order at its earliest.

Jack Leach got the ball rolling with the wicket of Cheteshwar Pujara. Anderson then, quickly picked up three wickets to break India’s middle order. Skipper Virat Kohli (72) showed some resistance but went out of partners from the other end.

Cheteshwar Pujara, Shubman Gill and Rishabh Pant were dismissed in the early stages of Day 5, with the duo registering scores of 15, 50 and 11 respectively. Washington Sundar was sent back to the pavilion after only five deliveries.

India eventually bundled out for 192 in reply to England’s 420-run target.

For England, Leach picked up 4 wickets while Anderson grabbed three in the fourth innings. Jofra Archer, Dom Bess, and Ben Stokes also picked up a wicket a piece.

Rajiv Kapoor Passes Away At 58