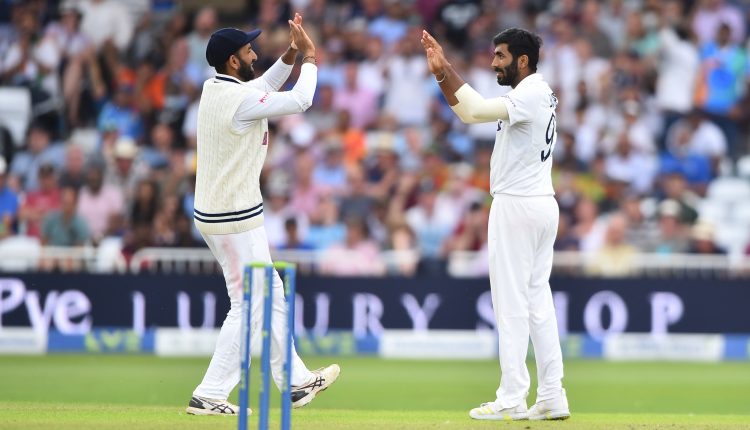 England All Out for 183 As Asprit Bumrah Takes 4 Wkts

Trent Bridge: With the brilliant bowling spells of Jasprit Bumrah and Mohammed Shami, India were able to put full stop to England’s batting on the first day of the first test against India at Trent Bridge on Wednesday.

Electing to bat, England were all out for 183 on an opening day against India.

Skipper Joe Root was the hosts’ top scorer with a patient 64, while Jasprit Bumrah (4-46) and Mohammed Shami (3-28) were the standout bowlers for India.

Shardul also dismissed Dan Lawrence in the same over to help start a batting collapse.

Jonny Bairstow (29) and Zak Crawley (27) were the only other major contributors with the bat. Root had earlier won the toss and elected to bat against India.

KL Rahul has been drafted into the Indian side in place of the injured Shubman Gill, with Mayank Agarwal also suffering a concussion two days before the match.

India have opted for the sole spinner in Ravindra Jadeja as Ravichandran Ashwin has been left out, while Ishant Sharma missed out due to a niggle.