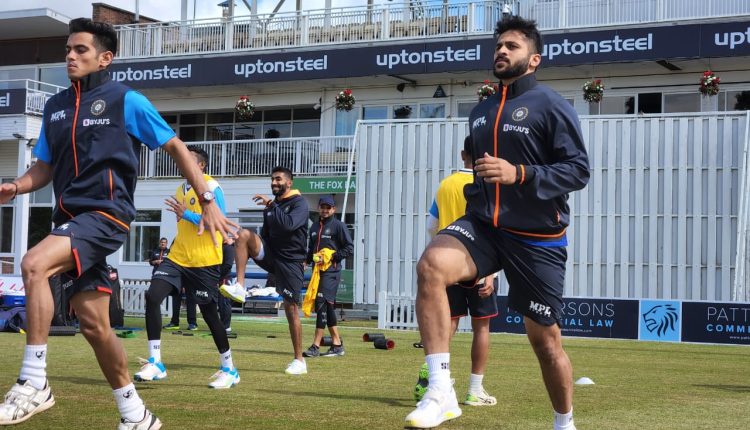 Eng Vs India: Men In Blue Hit Nets Ahead Of Practice Match In Leicestershire

London: India players got down to business as they began training for the rescheduled  starting July 1.

Captain Rohit Sharma along with fellow opener Shubman Gill were seen hitting the ball at their first net session in the lead-up to the much-anticipated Test match.

The players will use Leicestershire as their training base for the next one week during which they will also play a 4-day practice match against the county side from June 24 to 27.

Skipper Rohit and Gill focussed on front-foot defence in the short clip shared by the BCCI on social media. Rohit looked to pull a short delivery as the preparation for the first Test hit full stream.

Notably, Gill might open with Rohit in the one-off Test, which is a spillover from last year’s incomplete 5-Test series, in Birmingham as KL Rahul is all set to miss the series due to an injury that also kept him out of the recently-concluded 5-match series against South Africa at home.