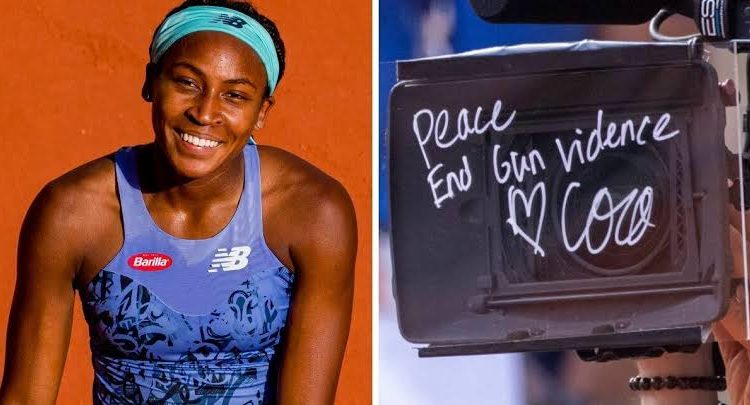 Paris: 18-year-old Coco Gauff, who has been winning hearts with her on-court interviews at Roland Garros 2022, appealed for an end to the gun violence in the United States after reaching the French Open final on Thursday, June 3.

After decimating senior clay-courter Martina Trevisan of Italy 6-3, 6-1 in the women’s singles semi-final at the Philippe Chatrier, Gauff wrote “Peace End Gun Violence” on the camera lens before making her way off the court. She followed her message with a heart emoji, drawing applause from the Paris crowd.

Gauff’s comments come even as the United States has witnessed quite a few gun attacks in the recent past.

Coco Gauff became the youngest Grand Slam finalist since Maria Sharapova at Wimbledon in 2004. The American teenager, who won the Roland Garros girls singles title in 2018, will face World No. 1 Iga Swiatek who routed Daria Kasatkina of Russia, in the final on Saturday.