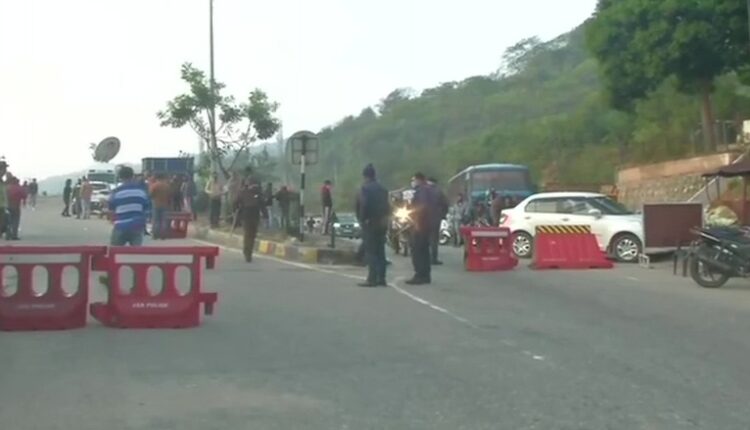 Srinagar: At least four terrorists have been wiped out in an encounter that broke out near Jammu and Kashmir’s Nagrota Toll Plaza.

Reportedly, the gun battle started at around 5 am near the toll plaza in the Ban area of Nagrota on the Jammu-Srinagar highway.

The four terrorists were hiding in a truck and were trying to escape to Srinagar. The security forces used UBGL (under-barrel grenade launcher)to decimate the hidden terrorists, who were also firing from their end. The truck was targeted and the explosion could be seen in the CCTV footage that has appeared. All the terrorists were killed by the end of the 2 hour-long encounter.

The security in the area has been tightened following the encounter, and the Jammu-Srinagar National Highway has been closed.