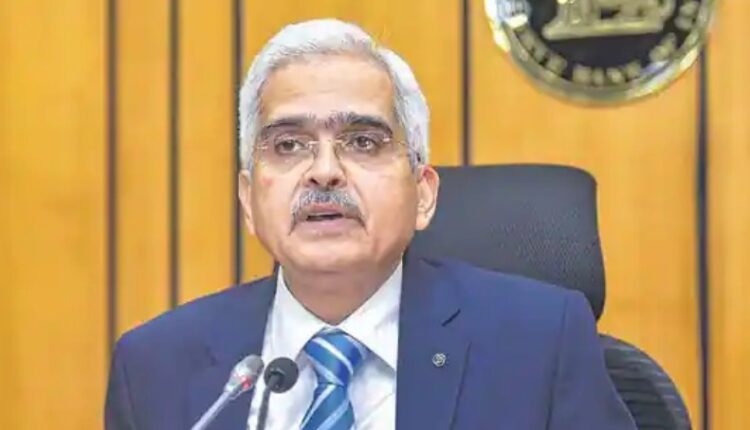 New Delhi: The RBI on Wednesday expectedly slowed the pace of increase in borrowing costs in signs that rates may be nearing the peak, even as it reiterated its resolve to fight inflation that has stayed above the comfort zone for 10 straight months.

The Reserve Bank of India (RBI) hiked the key repo rate by 35 basis points, the fifth straight increase since May, raising prospects of EMIs for home, auto and other loans rising further.

The previous four increases totalled 190 bps, with the last three hikes being 50 bps each.

The monetary policy committee (MPC), comprising three members from the RBI and three external members, raised the key lending rate or the repo rate to 6.25 per cent by a 5:1 majority decision. Four of the six members voted in favour of the withdrawal of accommodation, RBI Governor Shaktikanta Das said.

The economic “growth in India remains resilient, and inflation is expected to moderate,” Das said. “But the battle against inflation is not over.” The RBI retained its 6.7 per cent inflation forecast for the current fiscal year ending March but lowered economic growth expectation to 6.8 per cent from the 7 per cent forecast previously.

Retail inflation, which has stayed above the 2-6 per cent target zone for 10 straight months, eased to a three-month low of 6.77 per cent in October, helped by a slower rise in food prices and a higher base effect.

Das said the inflation is moderating.

“The worst of inflation is behind us,” he said, adding there is no room for complacency.