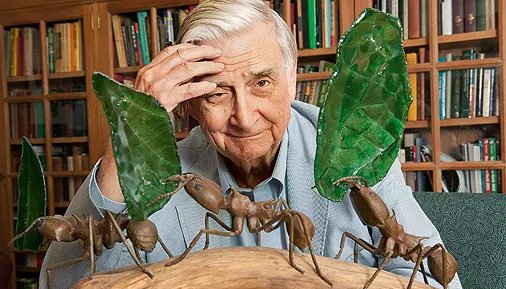 London: The pioneering Harvard biologist, Edward O Wilson,  who advanced the provocative theory has died. He was 92.

Wilson was “called ‘Darwin’s natural heir,’ and was known affectionately as ‘the ant man’ for his pioneering work as an entomologist,” according to an announcement posted Monday on the EO Wilson Biodiversity Foundation’s website. He died on Dec. 26 in Burlington, Massachusetts.

“It would be hard to understate Ed’s scientific achievements, but his impact extends to every facet of society. He was a true visionary with a unique ability to inspire and galvanize. He articulated, perhaps better than anyone, what it means to be human,” David J Prend, chairman of the board of EO Wilson Biodiversity Foundation, said in a statement.

The professor and two-time Pulitzer Prize-winning author first gained widespread attention for his 1975 book, “Sociobiology: The New Synthesis,” in which he spelled out the evidence suggesting a link between human behavior and genetics. The work created a storm of controversy among activists and fellow academics who equated sociobiology’s groundbreaking theories with sexism, racism and Nazism.

More recently, Wilson has championed the importance of preserving diverse species and ecosystems.