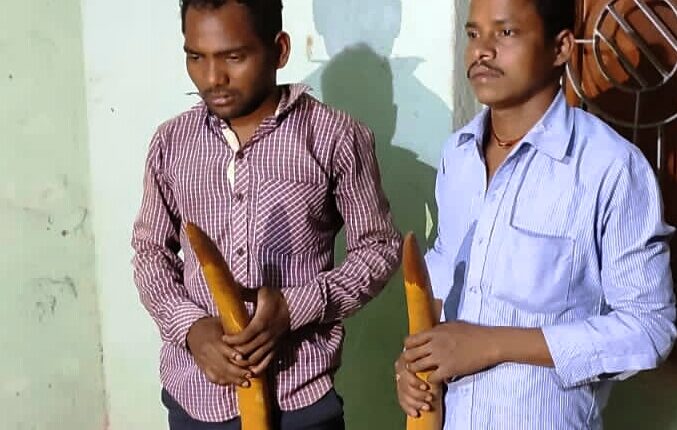 The arrestees were identified as Mitu Behera from Kurmula village and Raju Kandal from Rohira village.

Acting on a tip-off, a team led by Khyama Sarangi, Deogarh forest officer, conducted a raid and arrested two persons involved in the illegal trade. The cops also seized two pieces of elephant tusk weighing 3kg from their possession.

A case has been registered under relevant Sections of the IPC. Further investigation is underway into the matter, sources said.