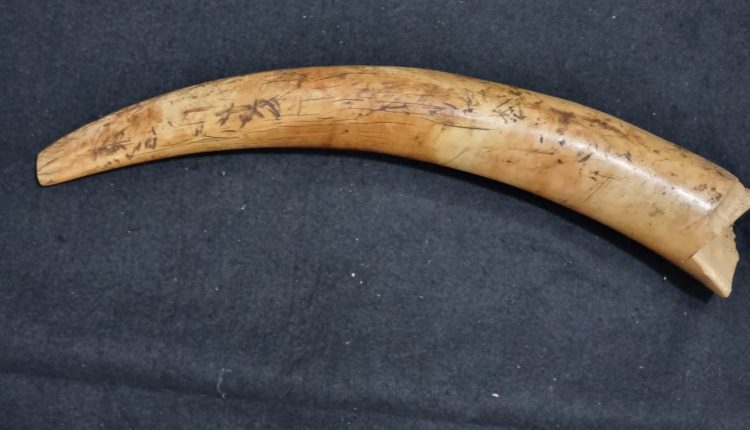 Bhubaneswar: A joint team of the Special Task Force (STF) and forest department officials seized one elephant tusk and arrested one person in connection with the case.

The arrested has been identified as Ramesh Pradhan of Bolangir district.

Acting on reliable inputs regarding illegal possession of elephant tusk by wildlife criminals, the STF team along with Padmapur Forest Range officials under Baragarh Forest Division conducted a raid near Kendubhatta, Gaisilat of Baragarh district.

During the search, the sleuths seized one elephant tusk and other incriminating materials were seized from the possession of the accused person.

The accused person could not produce any valid authority in support of possession of such Elephant Tusk, for which he has been detained and handed over to Baragarh forest officials for necessary legal action.

It is pertinent to mention that in past one year, special drives have been launched against wildlife criminals. During the raids, the officials have seized as many as 20 Leopard skin, 11 Elephant Tusk, 02 deer skin, 06 live pangolin and 15 kg pangolin scales and arrested 43 wildlife criminals.