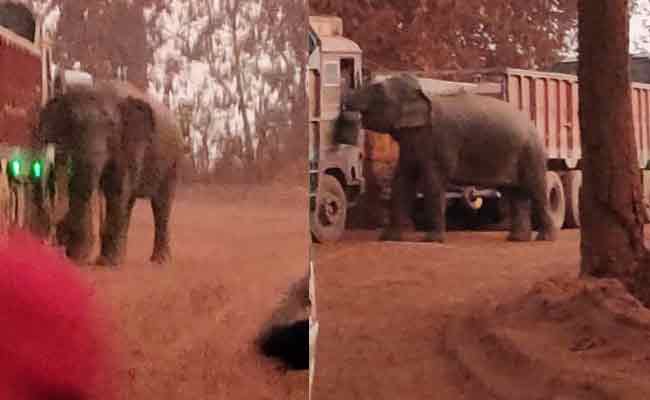 Sundergarh: Amidst the multiple reports of jumbo menace across the state, an elephant was spotted venturing into human habitat in Barasuan area of Sundargarh district in order to politely ask for food.

However, a minor disruption of traffic was spotted today morning due to the presence of the pachyderm.

After there was a disruption of the traffic for almost two hours, the elephant slowly gallivanted back to the forest areas.