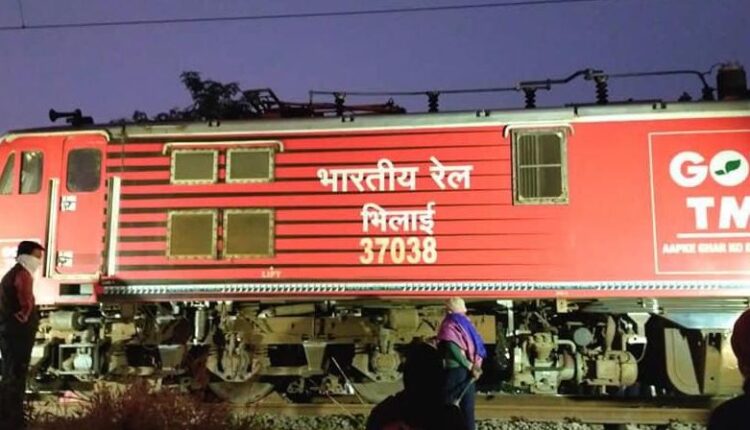 Sambalpur: An elephant was mowed to death after being hit by Puri-Surat Express train near Bhabanipali between Hatibari and Maneswar Railway stations under Sambalpur division late last night.

According to available information, the incident took place at 2.04 am last night following which all wheels of engine front trolley derailed.

While the pachyderm died on the spot, all the passengers and loco pilots are reportedly safe.

Reportedly, the train had departed from Hatibari at 01.55 AM at a speed of 50 kmph as elephant caution had already been imposed. However, the mishap occurred.

Following the accident, railway communication on the route has been disrupted. Puri-Durg Express was stopped at Jujumara station while Koraput-Bhubaneswar Express was stranded at Sambalpur station.

Later, all coaches of the train were pulled backed to Hatibari station with a new engine. The train resumed its journey this morning.