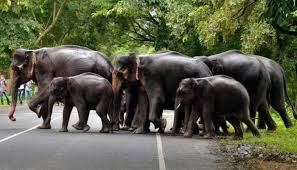 According to available information, the herd comprising around 25 to 30 jumbos strayed into the human settlement from Barghat forest area last night and continued to move in Lachhada, Kundeidiha, Tankasahi, Balia areas in the district.

In separate incident, pachyderms continued to roam in the villagers under Binika area of Sonepur.

Reportedly, the jumbos have caused extensive damage to the crops and thatched houses at Jharapada Sindurpur, Ganeshpur, Keutapada villages under Binika block.