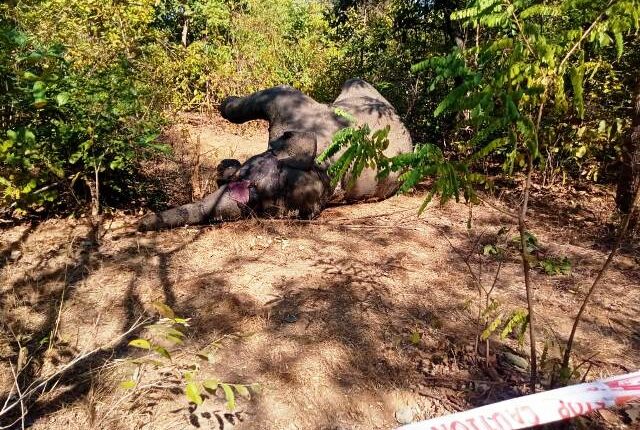 Sambalpur: A female elephant, aged about 12 years, was electrocuted to death inside District Level Committee (DLC) forest in Jujumura in Sambalpur district.

According to Sambalpur DFO, the pachyderm died on 20th January evening/night after coming in contact with a live 11kV wire.

The forest official said that a tree, which is believed to be broken by an elephant, sagged the transmission line and unfortunately, the female jumbo’s trunk came in contact with it and she was electrocuted to death.

Following the mishap, the electricity department officials have been asked to strengthen the infrastructure in the elephant movement area, and further investigation is underway, the DFO said. He further added that movement of nine other elephants in the nearby forest is being tracked accordingly.

Three Critical In Attack By Elephant Herd In Sambalpur