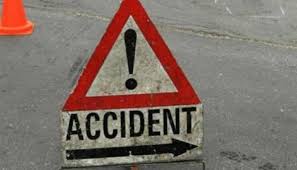 Elderly Couple Run Over By Truck In Sambalpur

Sambalpur: An elderly couple was crushed to death by a speeding truck near Tangarpali bridge under Dhanupali police limits here on Saturday.

The deceased have been identified as Kanhaiyalal Soni (65) and his wife Muni (60) of Dalaipada in Sambalpur town.

According to reports, the husband-wife duo was on their way for some work. Meanwhile, Kanhaiyalal lost control over the wheels, following which both fell on the road. In the meantime, a truck approaching from rear ran over them.

As a result, they died on the spot.

Soon after the incident, the driver of the vehicle approached the local PS and surrendered himself.

Police have registered a case and started an investigation into the matter.

Transport Revenue Collection Up By 8% In December 2020:…