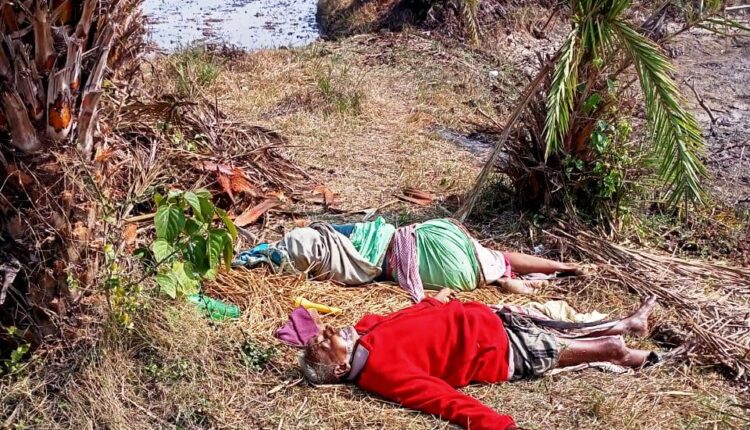 Balasore: The bodies of an elderly couple were recovered from near a pond at Chakaphulbani village under Bhogarai PS limits in Balasore district on Thursday.

The deceased were identified as Kanhu Charan Mandal (75) and Basanti Mandal (65), who happens to be Kanhu’s second wife.

According to sources, the locals spotted the bodies this morning when they had gone near the pond for their daily chores. On intimation, a police team led by Bhogarai IIC Sujata Khamari reached the spot along with a scientific team and sniffer dog and carried out an investigation.

The deceased couple’s family member claimed that the duo drank poison over some dispute. However, the villagers have a different story to say.

If sources are to be believed, the elderly couple was killed and their bodies dumped near the pond on Wednesday night.

Bhogarai Police have registered a case (19/21) and launched an investigation in the regard.  Reportedly, the bodies have been handed over to the family members after post-mortem.

The Unsung Odias of Netaji’s INA