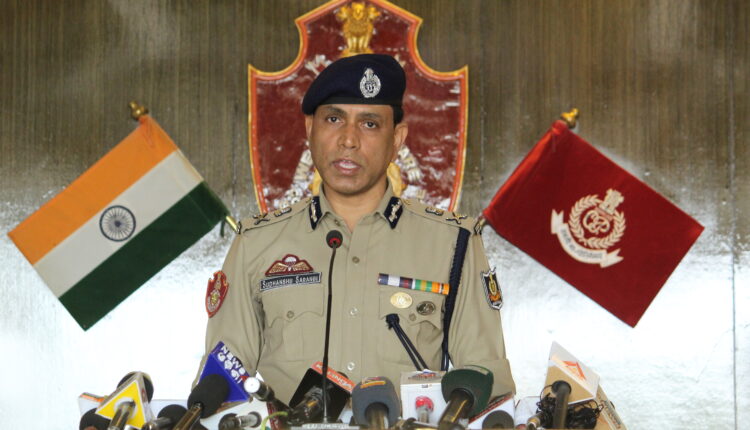 Bhubaneswar: Elaborate arrangements have been made by Odisha Police to prohibit Zero-Night Celebrations on the eve of new year as a precautionary measure to curb the spread of COVID-19.

The Odisha Police have ensured that this is adhered to in letter and spirit across the State.

A press note issued by the State Police Headquarters on Thursday said adequate “police bandobast” has been made in the Twin Cities of Bhubaneswar and Cuttack to strictly enforce the order.

All district superintendents have been asked to take necessary measures with the force available with them to avoid any untoward incident.

The press note said that a total of 140 platoons of force will be deployed State-wide including 40 platoons in Cuttack-Bhubaneswar Commissionerate, 23 platoons in Puri district and in remaining other districts of the State.

The State government has imposed night curfew across the State from 10 pm on Thursday to 5 am on Friday to restrict New Year eve celebrations and to prevent further spread of Covid.

The State Government in its earlier order said congregations in public places for zero-night celebrations are strictly prohibited. Such functions on December 31 and January 1 across the state are also prohibited.

The order has clearly stated that congregations in public places such as hotels, restaurants, clubs, parks, convention centres, and Kalyan Mandap were prohibited.

Sun Sets On 2020: A View Of Dhauli International Peace Pagoda