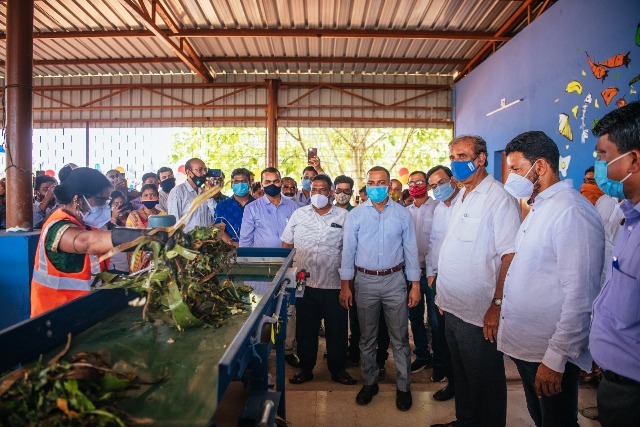 Each MCC has a processing capacity of up to five tonnes per day. These facilities convert wet or bio-degradable waste into compost and greatly help in addressing waste management issues in the capital city.

The Civic Body has also flagged off a fleet of 24 garbage collection vehicles which will collect the segregated waste from households and then carry it to the MCCs.

These vehicles have been deployed to reduce the problem of mixed garbage collected at the garbage plant. The Commissioner appealed to all residents of Bhubaneswar to put segregated waste in these vehicles so that the garbage can be processed easily at MCCs.

Under the #MuSafaiwala initiative of BMC, 8 more Micro Composting Centres were inaugurated at different locations in the city. A fleet of #SafaiGadis were flagged off to collect segregated waste. For each MCC, 3 vehicles allocated as of now & later more will be deployed. pic.twitter.com/2FzROC1o2x