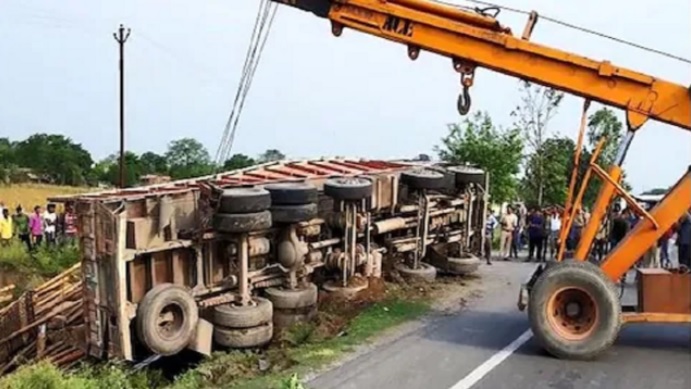 Patna: At least eight labourers were killed while several others sustained injuries after a truck laden with pipes overturned in Bihar’s Purnea district on Monday morning.

The victims have been identified as natives of Rajasthan.

According to reports, a goods truck laden with pipes was on the way from Silliguri to Jammu & Kashmir. The labourers were also boarded on the truck. Meanwhile, the driver lost control over the wheels at the Kali temple under Jalalgarh police station on the Siliguri-Delhi four lane National Highway 57. Following this, the vehicle overturned.

On being informed about the matter, a rescue operation was initiated and the injured persons were admitted to a nearby hospital for treatment.

On the other hand, the driver and helper managed to flee from the spot, said sources.