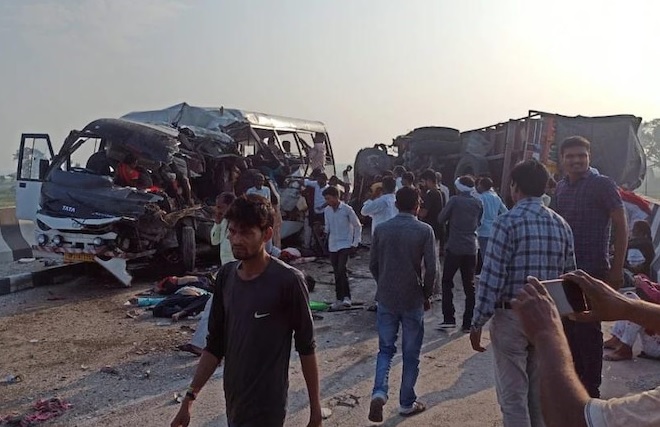 Lucknow: At least eight people were killed while over 25 sustained injuries following a collision between a private bus and truck in Lakhimpur Kheri in Uttar Pradesh.

According to reports, the bus, ferrying 50 passengers, was on its way to Lakhimpur from Dhaurhara when it collided head-on with a speeding truck on the bridge near Isanagar police station.

While eight people died on the spot due to the impact of the collision, the injured were admitted for treatment to a nearby health facility, of which the conditions of 12 remain critical.

Some of the injured have been referred to Lucknow, informed Sanjay Kumar, ADM, Lakhimpur Kheri.