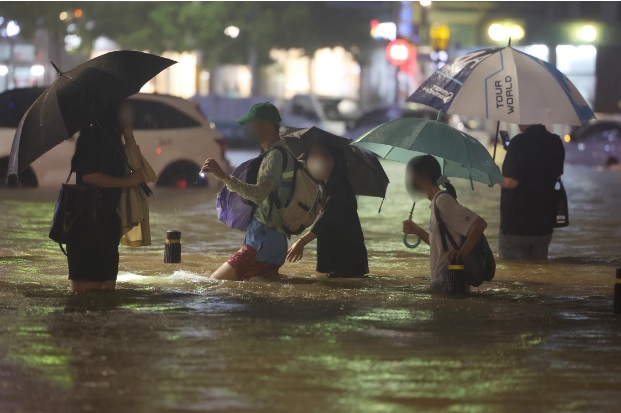 Torrential rain began on Monday morning and intensified through the evening hours. The downpours flooded streets and subway stations and damaged nearly 800 buildings in Seoul and nearby cities, while more than 790 people were forced to evacuate from their homes, the Ministry of the Interior and Safety said.

According to Korea Meteorological Administration (KMA), the southern part of the national capital received more than 100mm (3.9 inches) of rain per hour on late Monday, with some parts of the city hit with 141.5mm, the heaviest rainfall in decades.