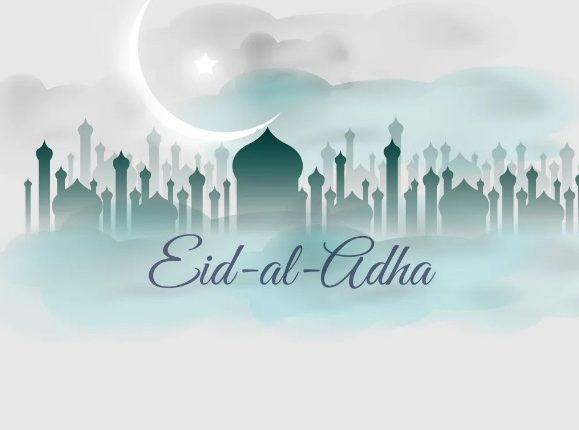 New Delhi: Eid-al-Adha, is the second major Islamic festival, celebrated by Muslims in India and across the world.

Eid ul-Adha is also known as Bakra Eid, Bakrid, Eid al-Adha, Eid Qurban or Qurban Bayarami. This holy festival commemorates the sacrifices of Prophet Ibrahim (Abraham), who was even ready to sacrifice his firstborn on God’s command and later sacrificed a sheep as per God’s instructions.

On the tenth day of this month, Muslims around the world offer Eid al-Adha namaz at a mosque after the sun has completely risen and just before it enters the Zuhr time (midday prayer time). The prayer is followed by a sermon or khutbah, by the Imam.

The celebrations that follow later include feasting on delicious food, giving charity to the poor and sharing one’s resources, food and celebrations with family, relatives, neighbours and friends.

This year, the Saudi Arabia supreme court has called Muslims in the Kingdom to sight the crescent moon on on Friday, July 9, which will mark the beginning of the month of Zul Hijjah whose 10th day will be celebrated as Bakra Eid.

According to reports, anyone who sights the crescent moon with the naked eye or through binoculars shall inform the nearest court and record their testimony.

However, Researcher Ibrahim Al-Jarwan, a member of the Arab Union for Astronomy and Space Sciences, stated that crescent for the month of Dhul Hijjah is expected to be sighted on Saturday, July 10 at 05:17am and will stay on the horizon for approximately 34 minutes after sunset.

As per him, Sunday i.e. July 11 will be the first day of the month of Dhul Hijjah with the Day of Arafah or Muslim pilgrimage (Hajj) falling on Monday, July 19 and then Tuesday, July 20 might be celebrated as the day of Eid ul-Adha in Saudi Arabia, UAE, Qatar, London and North America.

India usually celebrates both the festivals of Eid-ul-Fitra and Eid-ul-Adha a day after Saudi Arabia hence, Muslims here will look for the crescent on July 10th and 11th with Eid-ul-Adha expected to fall on July 21, 2021. The date can change as per the sighting of the crescent moon.