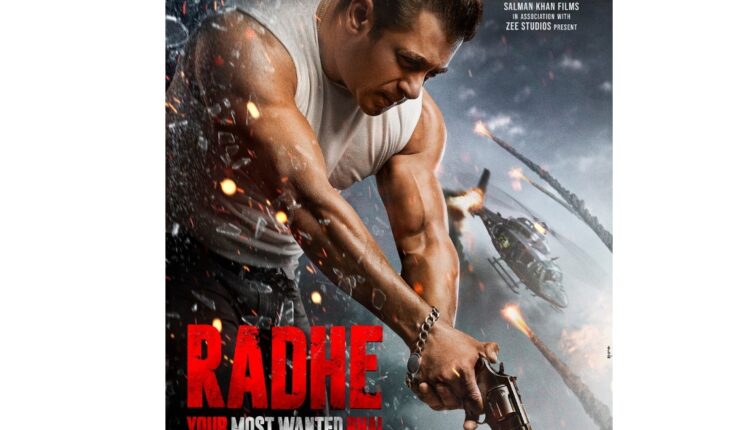 Bhubaneswar: Bollywood actor Salman Khan on Saturday sent netizens frenzy after he announced the date for the release of his much-awaited film, Radhe.

Taking to the social media platform, Twitter, Salman announced that Radhe will release on Eid this year .i.e, 13th May 2021.

Radhe: Your Most Wanted Bhai starring Salman Khan, Jackie Shroff, Disha Patani, Randeep Hooda and others is one of the most highly anticipated film in 2021.

Prabhudheva, who has previously worked with Salman Khan in films like Wanted and Dabangg 3, has helmed the action thriller.

It is produced by Sohail Khan and Reel Life Production Pvt Limited under the banner of Salman Khan Films.