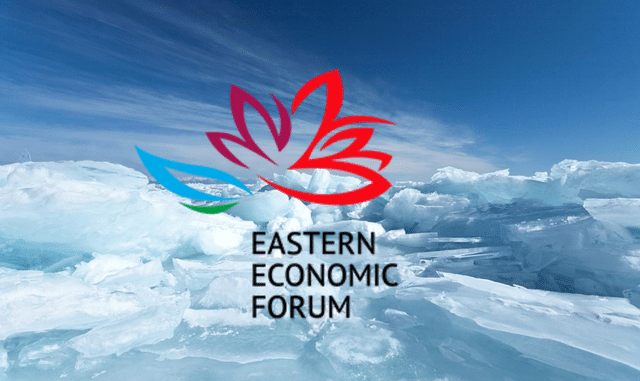 New Delhi: The 7th Eastern Economic Forum (EEF), which will take place on 5–8 September in Vladivostok, will serve as a platform for the event plan of Russia’s chairmanship of the Arctic Council in 2021–2023 and other Arctic-related events, which are being organized by the Roscongress Foundation.

“Holding events on the Arctic agenda at such an important communication platform as the Eastern Economic Forum will draw additional attention to the problems and prospects of the Far North. Leading specialists and experts will discuss the economic development of the Arctic zone, international cooperation, and the progressive development of creative industries in the North. The successful experience gained from holding events of Russia’s chairmanship of the Arctic Council at [the St. Petersburg International Economic Forum] 2022 demonstrated the importance of discussions about the development of the Arctic,” said Anton Kobyakov, Adviser to the Russian President, Executive Secretary of the EEF Organizing Committee, and the Organizing Committee on Russia’s chairmanship of the Arctic Council.

The EEF 2022 will feature several events related to Russia’s chairmanship of the Arctic Council in 2021–2023. One such event will be a conference in the format of a business breakfast called ‘Investment and Trade in the Arctic’, at which the participants will discuss both the Far Eastern preferential regimes (advanced special economic zones and the Free Port of Vladivostok) and the regime of the Arctic Zone of the Russian Federation (AZRF) that has been specially developed for the Far North. Experts from leading Russian companies and key agencies will discuss prospects for Russian and foreign partners to cooperate in the Arctic and opportunities for the development of the Northern Sea Route (NSR) while building new logistics chains.

“The Far Eastern and Arctic territories cannot be developed without the involvement of entrepreneurship and companies’ direct contact both with the state and with other business entities. The AZRF is successfully employing a set of support measures from the state, and preferential regimes are one of the main ones. A new challenge is the development of the NSR and the successful integration of this route into the global supply chains. Thanks to productive cooperation between the state and the business community, we will be able to achieve the goals that have been set to increase cargo traffic along the NSR,” Minister for the Development of the Russian Far East and the Arctic Alexey Chekunkov said.

Participants in the conference ‘Creating a Healthy Society in the Far East and the Arctic’ will discuss the demographic agenda in the Arctic region and the Far Eastern Federal District and ways to increase the birth rate as well as strengthen family health and traditional family values. One of the event’s themes is the role of women in implementing public projects to promote a healthy lifestyle in remote areas. The participants will discuss support measures for working women, the conditions needed to engage in public health activities, as well as opportunities to integrate regional programmes into the federal agenda. In addition, the conference will also address the quality, accessibility, and safety of medical care.

In addition, one of the key events on the Arctic agenda at the EEF 2022 will be a meeting of the Arctic Economic Council (AEC), which Russia is also chairing in 2021–2023. The AEC is an independent international organization whose purview includes developing business and B2B cooperation in the Arctic, as well as promoting the region’s responsible economic development.

Through the dissemination of best practices, technological solutions, and standards, the exchange of experience, and the establishment of partnerships. The expanded meeting of the Russian chapter of the AEC will focus on key areas of cooperation with partners from Asia, including for the development of transportation along the NSR, energy, and mining.

In addition, the EEF2022 will feature the Creative Business Forum ‘Social and Cultural Development of the Northern Regions’, which was initiated as part of Russia’s chairmanship of the Arctic Council. The forum’s business programme will focus on the social and cultural development of the northern regions, promising areas of creative industries, and the development of the social sector in the northern territories. The discussion participants will discuss specific aspects of the development of northern cities, industrial Arctic design, the traditions of small-numbered peoples, tourism, technology’s impact on life in the North, the regional film industry and animation, national cuisine, and the creation of local art residences and art hubs. Social aspects will be devoted to sessions on supporting young people and Indigenous peoples. Many of the forum’s sessions are planned as part of the EEF 2022 business programme, and several events outside the business programme will be held at the House of Indigenous Peoples pavilion during the Far East Street exhibition, a new platform that is dedicated to the culture of the Indigenous peoples of the North. The forum is being organized by the Innosocium Foundation, the social platform of the Roscongress Foundation.

The Creative Business Forum will also include the ‘Soul of Russia. The North’ Youth Multimedia and Discussion Campus at the Lounge pavilion at the Far East Street exhibition. In addition, the ‘Soul of Russia. The North’ Festival of Audiovisual Culture will also be held. EEF participants and young people will learn about the achievements of the northern regions and see the centuries-old traditions, culture, and epos of the small-numbered peoples of the region in a modern interpretation by both young artists and prominent cultural figures.

“A cross-cutting priority of our chairmanship of the Arctic Council in 2021–2023 is to ensure responsible management for the sustainable development of the region that is balanced in terms of its environmental, social, and economic dimensions. I am certain that holding events at the EEF 2022 on a wide range of issues on the Arctic agenda will help achieve this goal,” said Nikolay Korchunov, Ambassador-at-Large of the Russian Ministry of Foreign Affairs and Chairman of the Arctic Senior Officials.

The Arctic theme at the EEF will also include sessions of the ‘Think Arctic – Think Global’ analytical project, which is being implemented as part of Russia’s chairmanship. The session ‘Eastern Dimension of International Cooperation in the Arctic’ will focus on the importance of building flexible formats of interaction in this region. The emergence of a significant number of centres of power on the world political map that differ in terms of the degree of the development of information technology and economic potentials creates additional requirements for the leading players to maintain sustainable ties in the Arctic region.

The session ‘Russia–India: The Waterway for the Joint Development of the Arctic’ will focus on positioning and considering India’s interests in this region, taking into account its great distance from the Arctic region. Opportunities for cooperation raise many questions and also make it important to hold discussions at the international level in the new economic reality. The results of the two sessions will be part of an analytical report on international cooperation on the sustainable development of Russia with Arctic and non-Arctic states.