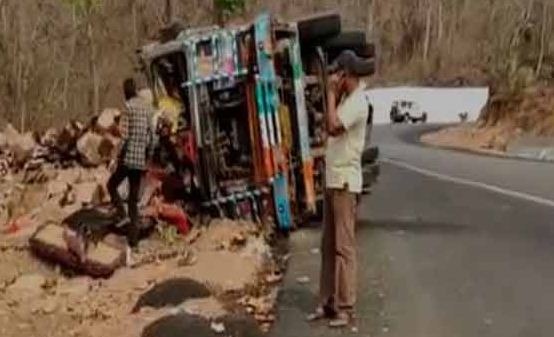 Kandhamal: An Edible Oil-laden truck overturned at Kalinga Ghati in Kandhamal district on Friday following which locals went into a looting frenzy.

Reportedly, the ill-fated vehicle carrying edible oil was crossing the Kalinga Ghati road when the driver of the truck lost control over the wheels and the vehicle turned turtle injuring the helper of the truck.

The driver fled immediately after the mishap, leaving the vehicle on the spot.

Locals then frantically collected the oil packets from the road.

The chaotic situation halted the traffic in the area. On being informed, police reached the spot and initiated an investigation in this regard.

Large Asteroid To Pass By Earth On March 21: NASA