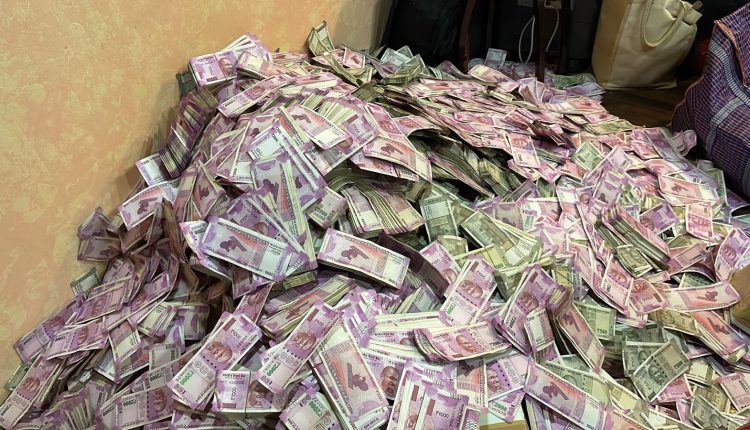 The cash was recovered from the residential premises of Arpita Mukherjee as the agency carried out search operations at various premises linked to recruitment scam in the West Bengal School Service Commission and West Bengal Primary Education Board.

The said amount is suspected to be proceeds of crime of said SSC Scam. Photos show Rs 500 and Rs 2000 denomination notes that have been recovered from Arpita Mukherjee’s home.

“The search team is taking the assistance of bank officials for the counting of cash through cash counting machines. A total of more than 20 mobile phones have also been recovered from the premises of Arpita Mukherjee, the purpose and use of which is being ascertained,” said the ED.

The ED has also recovered incriminating documents, records, details of dubious companies, electronic devices, foreign currency and gold from various premises of the persons linked to the scam.

The agency is also searching West Bengal minister and TMC leader Partha Chatterjee in connection with the case.

ED officials have also launched a raid on MoS education Paresh Adhikari’s residence in Cooch Behar district. Both ministers have been questioned by the CBI for hours in the SSC recruitment scam case.