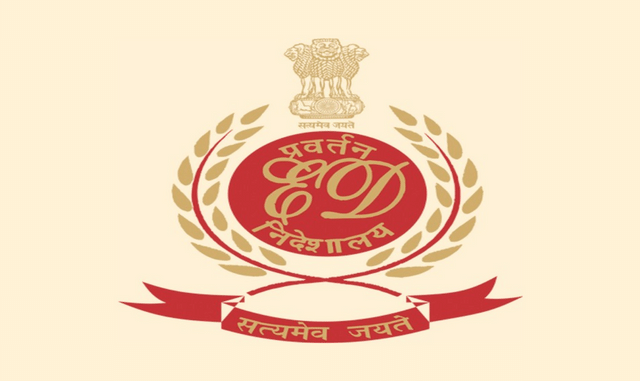 Bhubaneswar: The Enforcement Directorate on Saturday said it has attached Rs. 8.52 crore kept in the bank account of the Directors of Serajuddin & co., under the provisions of the Prevention of Money Laundering Act (PMLA) on charges of illegal mining of iron and manganese ores.

In a press note, the ED said that the money lying in the bank accounts of Seraj Yusha, Meraj Yusha and Yazdani International Pvt. Ltd (part of Serajuddin & Co) were frozen under the provisions of PMLA in connection with an investigation being conducted under the provisions of PMLA related to the generation of the “Proceeds of Crime” by M/s Serajuddin & Co.from the illegal mining of Manganese & Iron Ores in the State of Odisha.

The ED said the company obtained the mining lease without satisfying the conditions as prescribed and has accordingly extracted manganese ore illegally from Guruda Manganese ore mines to the tune of 14,73,697.99 MT from the DLC and forest area without having approved the De-Reservation proposal.

Further, M/s Serajuddin & Co. has also produced more iron ore during different year in comparison to the approved quantity of iron ore by the Indian Bureau of Mines.

ED has already attached Proceeds of Crime held in the form of movable properties amounting to Rs. 622 Crore of M/s Serajuddin & Co. under the provisions of PMLA which has already been confirmed by the Adjudicating Authority.

Subsequently, a Prosecution Complaint has also been filed before the Ld. Special Court under PMLA, Khurda at Bhubaneswar praying for confiscation of the said properties. The cognizance of the offence of money laundering has been taken by the Ld. Special Court. Further investigation in the matter is under progress.