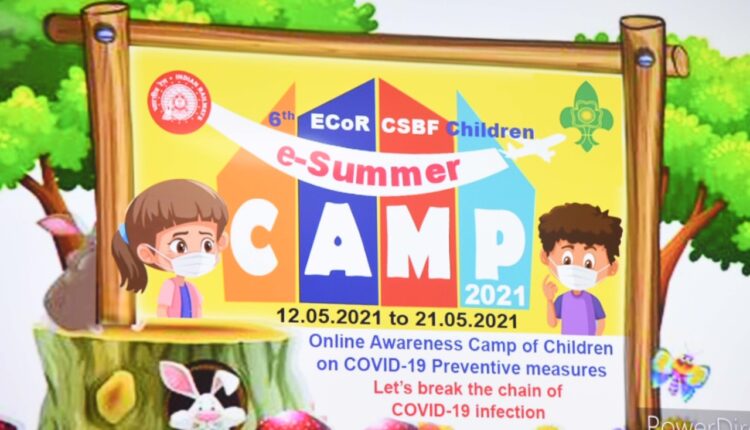 Bhubaneswar: The East Coast Railway (ECoR) organised a Children’s e-Summer Camp for the wards of Railway Employees from 12th to 21st May, 2021 under the aegis of Central Staff Benefit Fund.

The purpose behind this e-Summer Camp is to raise the spirits of children this summer and engage them in constructive learning activities. This is also to create mass awareness amongst children on preventive measure of Covid-19 on the theme “let’s break the chain of Covid-19 infection”. Children were engaged in various activities like Yoga, Singing, Dancing, Acting, Drawing & paintings, etc., under the guidance of qualified and trained instructors by virtual mode.

Joining in the valedictory function on the virtual mode from Rail Sadan, General Manager, East Coast Railway Shri Vidya Bhushan encouraged Children for their activities and advised to continue the practices to engage themselves from home and to utilise their learning from the camp in their future.