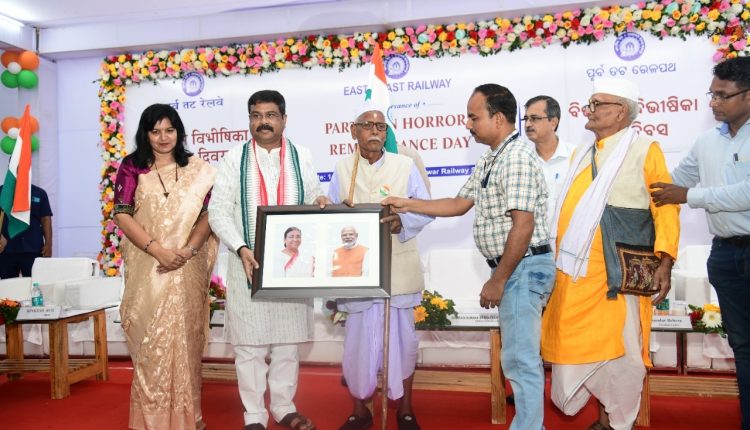 Bhubaneswar: To bring out the suffering of millions of people during India’s partition to the fore, the whole country is observing Remembrance Day of Horrors of Partition on 14th August, 2022. Hon’ble Prime Minister in his last Independence Day Speech had announced to observe “Partition Horrors Remembrance Day”.

Partition Horrors Remembrance Day has been envisaged to bring to light the agony, suffering and pain of millions of people who were displaced during partition. It is reminder to the country, that its independence was preceded by the largest displacement of human population in the last century. The partition also claimed the lives of a large number of people.

Joining the function as Guest of Honour Smt. Aparajita Sarangi, Hon’ble MP (Lok Sabha) said that this day will remind us about the partition tragedy.