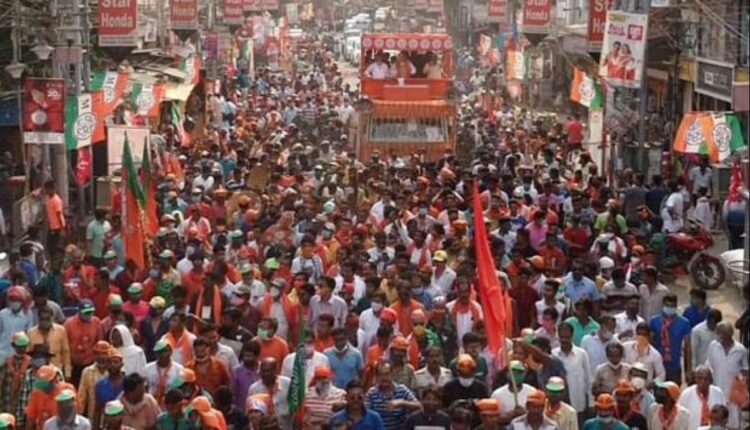 EC bans rallies in West Bengal amid spike in coronavirus

New Delhi: The Election Commission (EC) has banned rallies and public meetings from 7 pm to 10 am beginning from Friday following spike in coronavirus.

The poll body said the silence period has been extended from 48 hours to 72 hours in each of the remaining three phases in West Bengal to lessen the impact of the dreaded disease.

The EC has already taken a serious view of the violation of Covid norms by star campaigners and political leaders during campaigning. West Bengal on Thursday recorded the highest single-day spike of 6,769 coronavirus cases.

The state health wing said at least 22 more people succumbed to the infection  raising the toll in the state to 10,480.

West Bengal Chief Minister Mamata Banerjee on Thursday urged the Election Commission to think about conducting polls for the remaining assembly seats at one go and not in a staggered manner. She said her party had opposed the idea of eight-phase poll schedule.

The BJP, however, opposed  clubbing  of  the remaining phases into one saying this would deprive candidates the level playing field. In a letter to the poll body, the party said the polls must go on as scheduled.