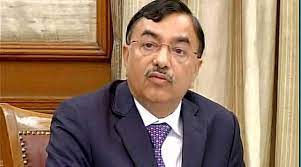 New Delhi: After announcing dates for the assembly elections of five states on Saturday, the Election Commission said that it is mandatory for political parties to upload details of candidates with criminal cases on their websites.

While announcing the assembly elections schedule, CEC Sushil Chandra said, “It is mandatory for political parties to upload on the home page of their websites detailed information regarding individuals with pending criminal cases selected as poll candidates. They will also have to give a reason for selecting the candidate.”

The Model Code of Conduct (MCC) has come into effect in the five states with the announcement of elections. The EC has made elaborate arrangements for ensuring the effective implementation of the MCC guidelines and any violation of these guidelines will be strictly dealt with, the CEC said.

Another 260 COVID-19 patients recover in Odisha